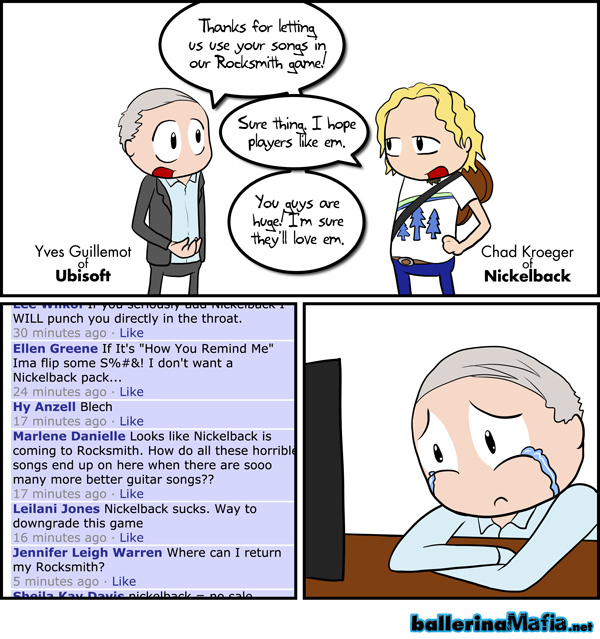 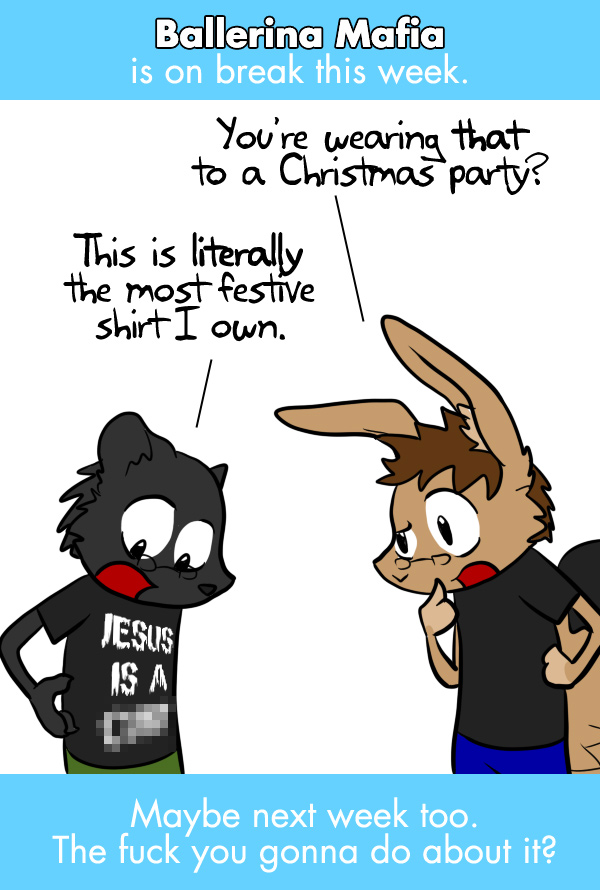 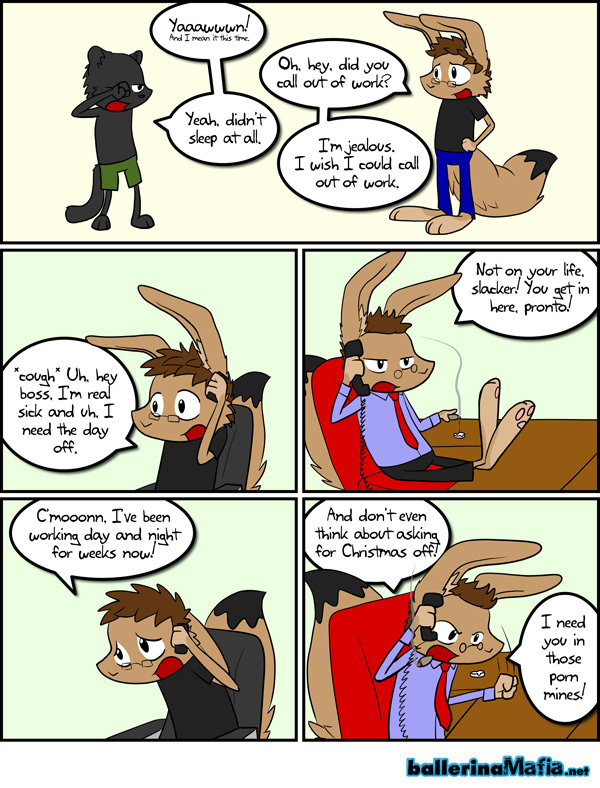 Rocksmith is that Guitar Hero clone that lets you plug a real guitar into your computer/PS3/360. It's basically the only video game I've been playing lately. It's quite fun, if very frustrating, and helps you learn some good techniques for the guitar.

It was quite fun to watch the fans of Rocksmith of Facebook bitch up a storm when they figured out the new DLC was Nickleback. Usually, the response to DLC is either "Yay!" or "How about [my favorite band] next?" This time, however... well, the comments put in the comic are actual comments extracted from the Facebook post (Names changed for obvious reason).

Black Dogs news: As of writing this (Sunday), I am in the middle of drawing page 22, out of 23, of Black Dogs, Issue #2. It's been a long time coming, but it shouldn't be too much longer until it's release. The idea of releasing it one issue at a time has turned out to be a big mistake, so once this is out, you can probably expect to see further updates to come once a week.